A Wedding a Month and Other Things

Seems like when push comes to shove in the time department, this blog takes a back seat more often than not.
Given that I'm transitioning to my new promotional role (VP of Internal Audit and Chief Audit Executive, thanks much), and STILL doing my old job until the new guy or gal gets here, the time thing isn't surprising. Disappointing, but not surprising. So here's a recap of life in my world:
Promotion: It's a blessing and a curse. A steep learning curve, drinking from the fire hose, and a lot of responsibility. But the paychecks are bigger, the visibility is bigger, and its one more step on a ladder I feel like climbing. Now to just do a good job. :)
Motherhood: My oldest will be a high schooler. I am not old enough in spirit to be the mother of a high schooler. But he's excited about it, and got admitted to a special team program where they have an expanded curriculum and a team study environment. He's going to summer camp, and broke up with his first girlfriend, and danced his first slow dance with his mom at a recent wedding. And is almost as tall as me. He's got a dirt-stache and 10 long armpit hairs under each arm. Might not be ready for this. 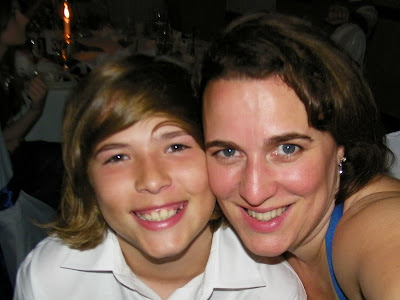 My youngest is his sweet self, still on the verge of being a little boy and growing up. Maybe I can keep him young and innocent. Highly unlikely. He's struggling to be his own guy in the shadow of his brother. Which means a lot of mimicking (even the stuff we don't want him to mimic) , and a lot of frustration when big brother pulls rank or treats him like a kid. But in the good moments, I find him doing sweet things like building towers out of wedding favors and petting the dog sweetly, and giving me hugs. And once in a while he pulls out a few break dance moves on the dance floor at a wedding, throws up his milk, and proclaims "You know how they say sometimes you can have too much of a good thing? Well, milk is a good thing, and I think I had too much." 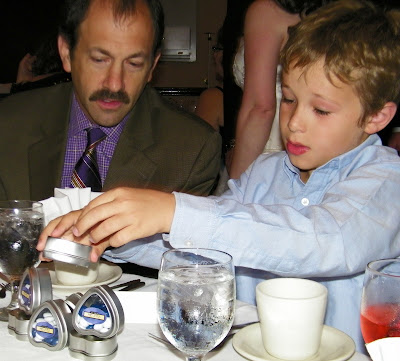 Friends: Missing a couple of my best girls. CA April is in Maine with her grandmother, while her grandmother recovers. BettyUnderground is on her great London adventure in the world of retail for the computer company that shall not be named in my office. Miss having them around. On the bright side, CountessMo has stepped in to her new role as best girl friend in California, and TX April is now trying to be CA April #2, so all is not lost. Plus I also gained the Countess' darling brother Sean in the circle of friends, and my other new best friend in the area, Bill, goes back all the way to my hometown and grade school with me - and still likes me. Now if only I had more time for them all . . .

Health: Blood pressure is still my enemy, though with the lowest does of a diuretic, it has come down, and we're still monitoring. Wish me luck, since I'll have to control it through other means - a low stress job is not on the horizon. :) Had a small scare with an abnormal pap, though a couple follow ups later, the Dr. isn't worried about cancer, or even anything less benign. Again, we're on wait and see. otherwise all seems to be in working order, and at my age, it's starting to be a blessing each day.

Weddings: After marrying off my former au pair, this month we did it again - DrChako gave away his youngest sister to the man of her dreams. DrChako looked handsome and played his role well - his dad would have been proud. I was a bridesmaid, trying to look fabulous for the special occasion. Only downside was I was nearly 9 inches taller than the tallest of the other girls - bride or bridesmaids, so I looked a little like the amazon woman they invited to the party for contrast. On the plus side, my groomsman counterpart was 6'4 and probably weighed 220 or better - so even in my Jimmy Choos I looked small, as long as you didn't glance at the women.

It was a fantastic wedding, and made all kinds of new friends from the bridal party, even if half of them were barely 30 (yes, folks, the Sister of DrChako robbed the cradle). Fortunately, being young at heart, I kept up with the best of them, even during the dance version of Florida's "Low", in which I did get as low as the people who already started out with a 9 inch advantage. It was a beautiful bunch of bridesmaids, bested only by the beautiful bride. 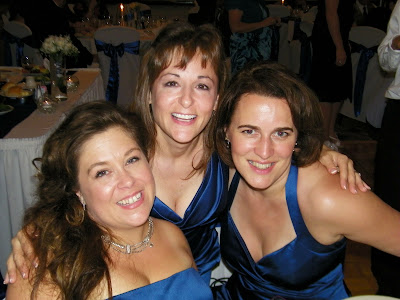 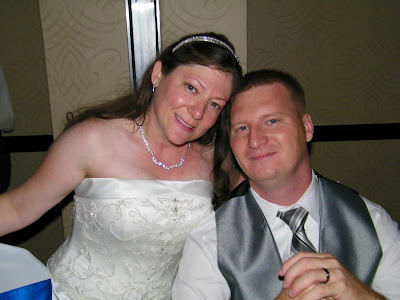 I'm sure there are hundreds of other things I should get out of my head. But I'm sure my limited readership is still getting over the shock that something appeared here so unexpectedly, so I'll let them digest.

Miss you all - but still love you.

Robbed the cradle indeed! And just to rub it in, the person who sings "Low" is "Flo Rida" as in, two separate words. Not "Florida", although his play on the state name is on purpose. I think that typo alone makes you officially ready to have a son in high school.

For what it's worth, I loved that you were so much taller than the rest of us! Makes for unique pictures!

Funny thing is, I actually do know that Flo Rida is spelled that way - must have been tired when I posted. Of course I only know that because I have a 13 year old about to go into high school. :(

I support your idea very much and here is a good choice for you no matter what mood you are: just remember to pay attention to the fashion trend of Birkin Bag Price such as Buy Hermes Birkin or the other styles like cambridge satchel or cambridge satchels. I promise you will relax yourself. So come on, know more fashion style arround you and make yourself more confidence.

The NL Wife
Bay Area, California, United States
Farm girl turned corporate; small-town girl who can't imagine living far from the big city now; love my family and friends, hate not being in control; never saw a savings account or budget I didn't like; formerly married to DrChako but trying life on my own.

Maybe check these guys out?