Some of My People

I come from good people. This summer, I got to go back and see them. For all their quirks and foibles, it reminds me how lucky I am to have good people. I captured a few of them in digital: 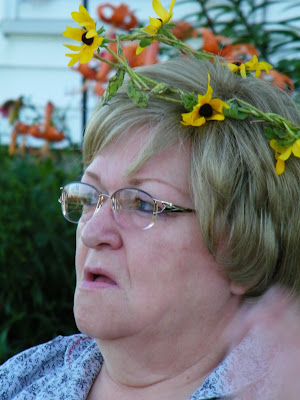 Like most mothers, this woman probably deserves a medal. I wouldn't be here if not for her unfortunate, yet fortuitous (IMHO), mistake. Yes, sometimes she's insane. Sometimes she forgets she's told me the same story twenty three times. But she gave up life alternatives to raise me and my siblings on a farm in Wisconsin, with no real material comforts other than the most basic forms of shelter (a generous description for the ramshackle farmhouse they live in). She raised us all, and is now helping raise her youngest grandchildren. She'll happily wear the daisy crown the kids make for her, and coo over the sparkly rocks they shower her with as gifts. She is beauty. 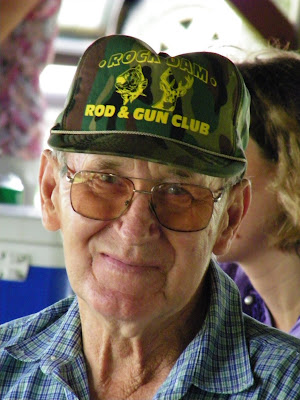 He's really my step dad, but what's in a description? He's the only father-figure I've known since I was a year and a half old. He has nothing more than an 8th grade education. But at age 79, he's still getting up twice a day to milk cows, harvest crops, and fix machinery. If "salt of the earth" had a face, it has to be him. He's meat and potatoes. He's bread and butter. He's . . . well, he's dad. 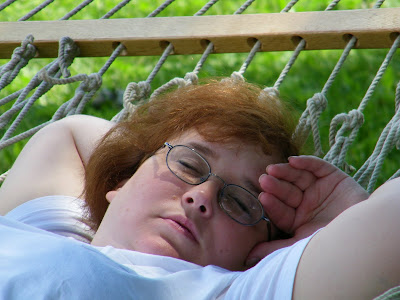 She deserves a nap. She's a single mother of two teenagers, works hard, gets little vacation, and never asks for anything. Sleep well, sister! 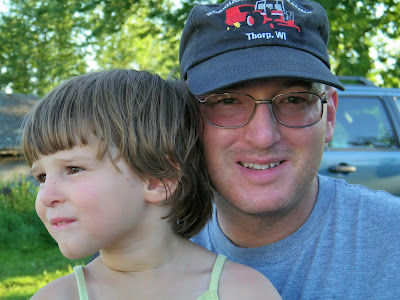 He's uneducated, unmotivated, and unapologetic. But he'll throw the kids on the tractor or the wagon and drive them around the farm to their heart's content. Take the boys shining deer. Help them set up a baseball diamond in the pasture. And heck, he's my brother. 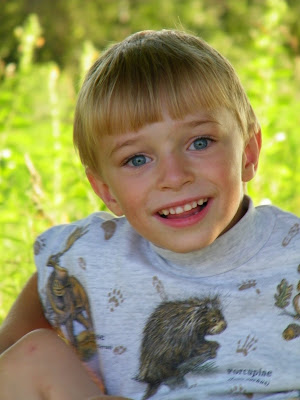 He's the spitting image of his father at that age. Which means he probably has no chance of keeping his hair past age 18. But that big smile and those wicked blue eyes just glow when his big cousins visit and include him in the fun. 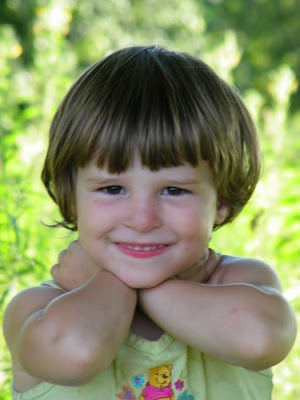 It was so tough to get her to smile and get her to warm up . . . she doesn't see us that often. I finally got her chocolate eyes to sparkle as she posed for me. I tried to butter her up by calling her Peanut . . . now she tells everyone she's my Peanut. When you ask her how she is, she says "I'm a peanut." I told her she was a big girl. She responded "No, I'm a peanut."
My husband . . . 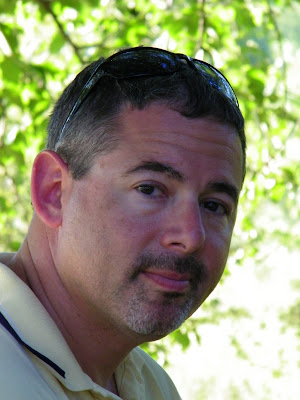 He can be a pain in the ass. He can't cook. His hobbies are too expensive. And I can't trust him with a shopping list of more than 3 items unless it engraved on his hand. But he's patient, and tolerant, and is always a "glass-half-full" kind of guy. And he's been keeping my bed warm and putting up with my stuff for more than 15 years. That's gotta count for something. Oh, and he gave me these . . . 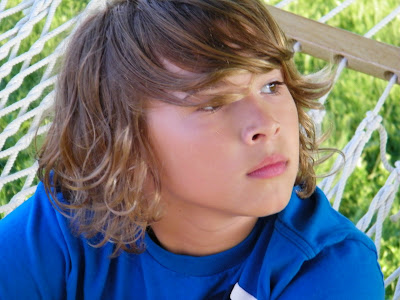 Son #1 is now a teenager. With all the teenager problems. Like how to keep your hair perfectly styled (but looking like it just falls that way). Like how to handle a girlfriend, as well as several girl friends. Like how to be witty and charming on Facebook. But he's a sweet kid who still hugs his mom. He's got his daddy's eyes. And while I know he'll break lots of hearts in his future, I know I'll always be the first girl who loved him. 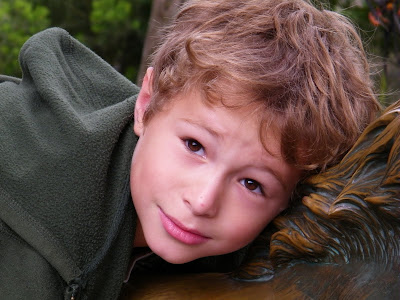 Son #2 is my sweetheart. He's got a heart of gold, and easily falls in love with anyone who loves him back. He worries about doing what's right. Some girl is going to walk all over his sweetness someday. But until then, he's my boy, and when I look at that sweet face, I have a hard time saying "no" to anything. I could just eat him up.

The NL Wife
Bay Area, California, United States
Farm girl turned corporate; small-town girl who can't imagine living far from the big city now; love my family and friends, hate not being in control; never saw a savings account or budget I didn't like; formerly married to DrChako but trying life on my own.

Maybe check these guys out?